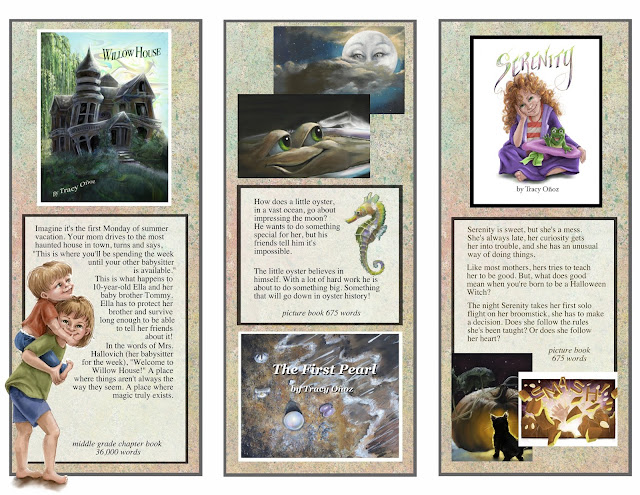 Here's the interior of my brochure, highlighting my three completed manuscripts.
Below is the other side (image on the right is the front of the brochure): 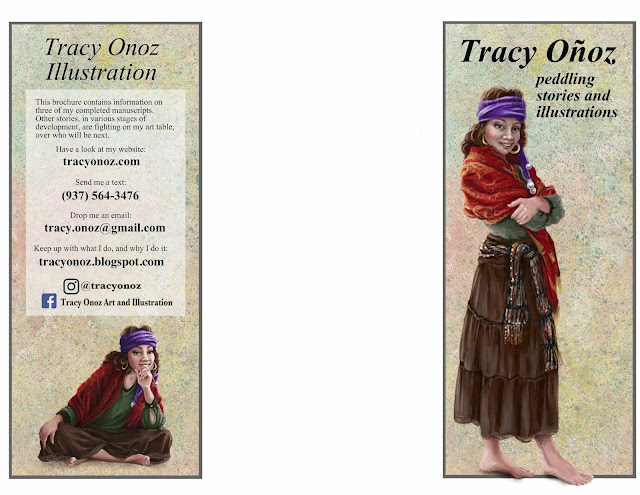 I doubt if I'll be posting again until after the conference. I'll let you know how it all goes!
As promised, I added to my website, the contents of the portfolio I'm taking with me. You can link to it here: tracyonoz.com

Posted by Tracy Onoz at 9:14 AM No comments:

Getting Ready for the Big Apple! 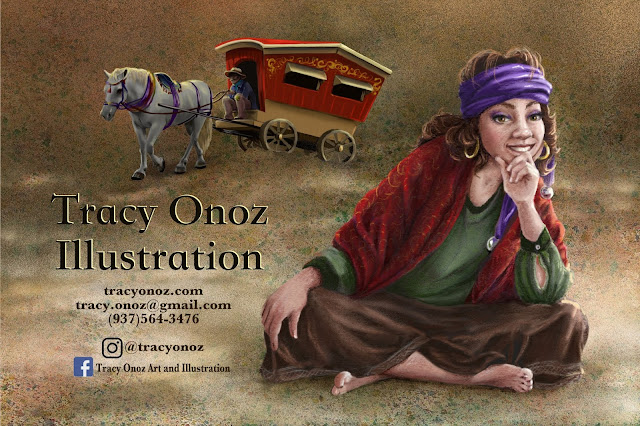 Just three weeks to go, and I'll be leaving for New York City! I've wanted to attend the SCBWI (Society of Children's Book Writers and Illustrators) National Conference for years. In April I made up my mind, so with the help of weekly goal setting and daily to-do lists, I'm making it happen!
My postcards (shown above) are printed. The dummy book for my manuscript The First Pearl has been updated. My portfolio is very nearly complete, down to choosing the last pieces to include. I'll be updating my website within the next couple of weeks to share my choices.
I'm currently working on a brochure that highlights three of my manuscripts, and hoping to slip it into the hands of any interested agents, editors, and publishers. Cross your fingers for me! I plan to share the brochure with you next Wednesday.

I'm still doing my sketch practice on a somewhat daily basis. Here's a couple of my recent favorites: 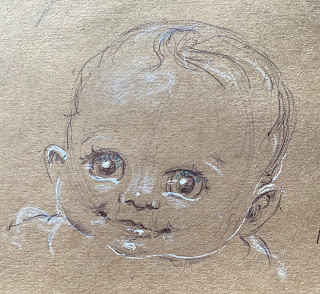 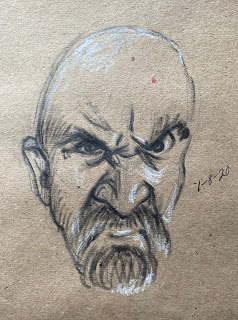 See you next Wednesday!

Hi! So far so good with my commitment to practice in the new year! (It's only been a week, Tracy. Don't get too excited.) Among my other projects, I try to set aside an hour or so of practice as a jump start to my day. I'm currently using three books.


This one I borrowed from the library: 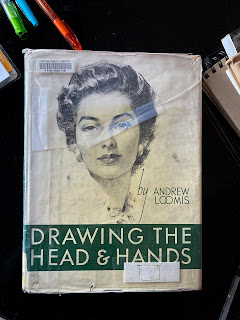 An oldie but a goodie. Thank you Mr. Loomis. (And thank you, Misty, for recommending him.) The only thing out of style is the hair-dos.

This one is from my own bookshelf: 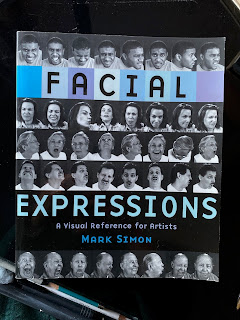 This is where I'm getting the faces I'm practicing but as I draw I'm applying the things I'm reviewing in Mr. Loomis's book regarding the understructure.

At the same time I'm working on the realistic, I'm coming at another angle with this, also from my own bookshelf: 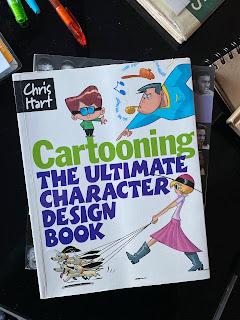 An example of my practice: 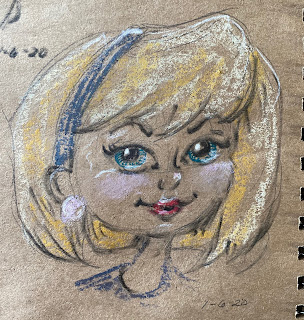 And below is an example of what I mean by trying to not just draw but to learn from what I draw.
I drew the first two in a realistic manner. Each of the images takes me probably 10 to 15 minutes. 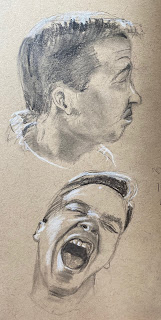 Then, after playing with some sketches from the cartoon book, I turned around and did this in just a few minutes: 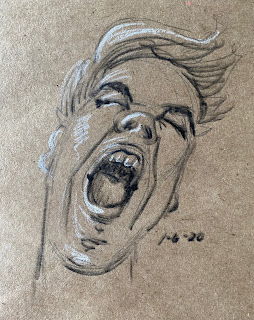