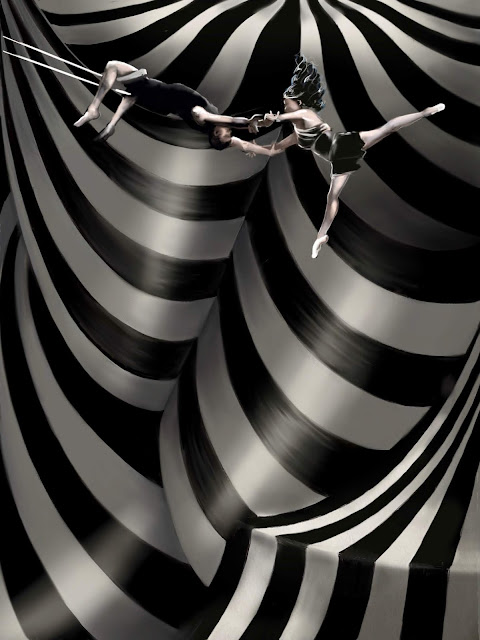 This is the longest I've gone without posting something since I started this little blog almost seven years ago.  I have hit a spell of creative block (and impatience). I haven't known what to do next. I've been itching to get back to good old fashioned painting but my basement studio has taken some damage (I think) with all the rain over the last couple of years and it seems to always hold small puddles of water.  Thank goodness for my iPad! That's where the above little beauty came from. It started in my sketchbook with a Bic pen and no idea what to draw. So, I doodled. 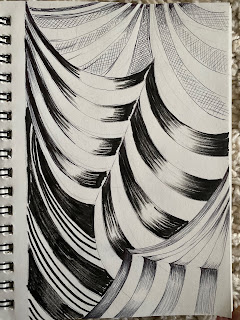 I'll take this opportunity to share a few things I've played around with since February.

Some experimenting with brushes in Procreate: 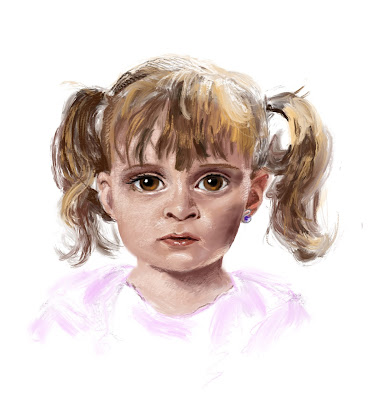 A couple sketchbook pieces. A frog and a swan. Why? I have no idea. 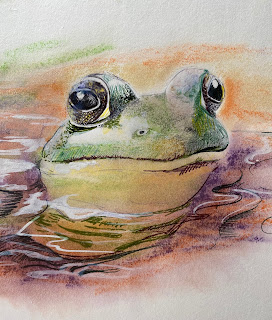 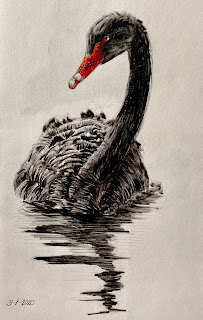 This next one turned out pretty neat. I did another frog drawing in my sketchbook, cut it out (digitally), and gave it a background in my Procreate App. 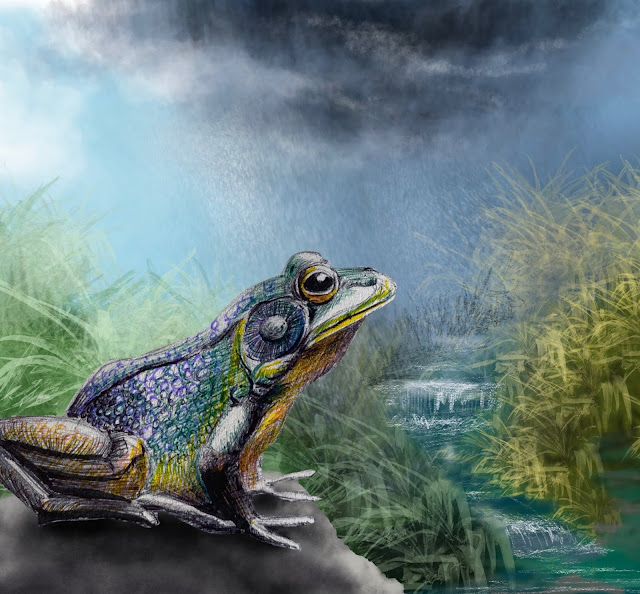 Last, I have a very cute little tin that sits on my bookshelf in my bedroom. 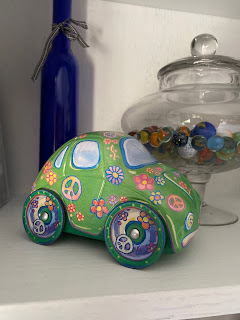 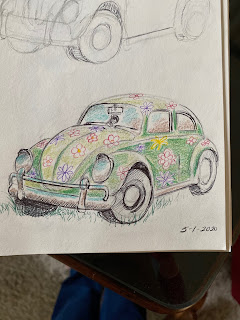 But, that wasn't enough was it? I wanted to make it my absolute dream car!
I dropped the photo of my sketch into my Procreate App and . . . voilá! 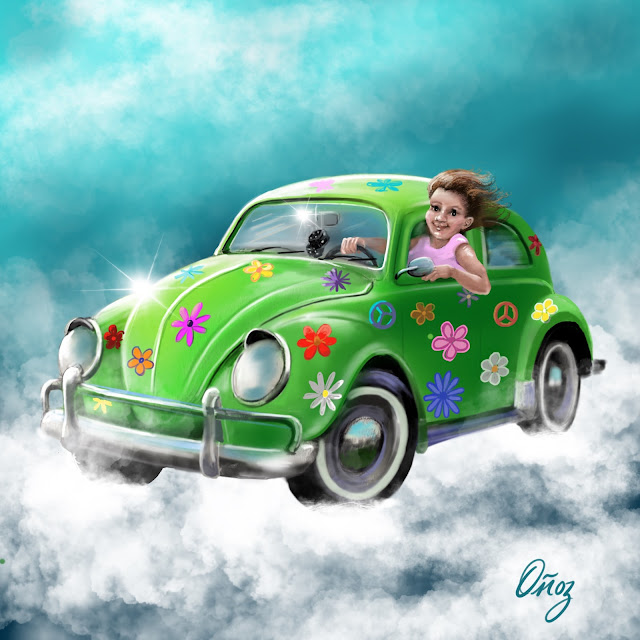 So there you have it. That's what I've been doing while the world goes crazy and falls apart.
Stay safe and healthy! I'm hoping it won't be another three months to my next post but at least you can see I'm not ONLY binge watching Tiger King. Haha!