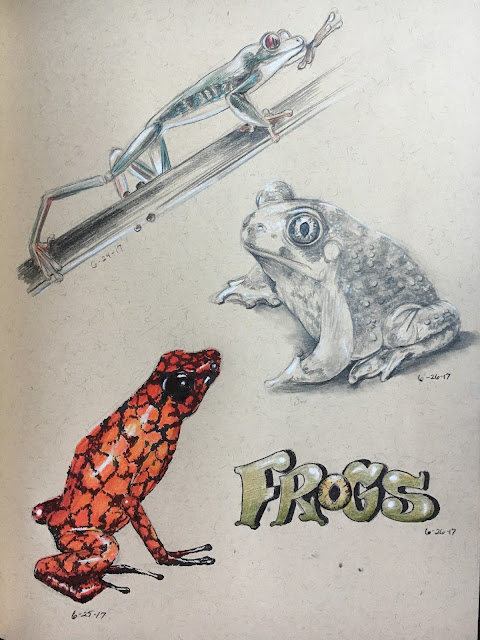 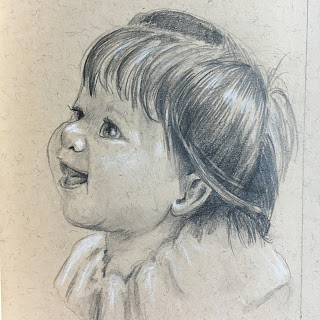 These are taken from my sketchbook. I'm at day number 13 of my sketch-a-day. I have a couple of large projects I should be working on but I'm experiencing a bit of a creative burnout and just wanted to enjoy drawing for a while.
Yesterday, I started sketching puppies. Let me tell you, if you're feeling a little down, spend some time looking at puppy photos. I decided to create more of a composition than just the random sketches so I put them together and started this: 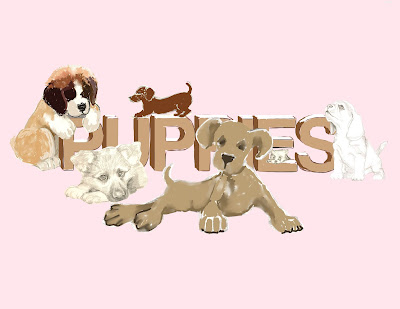 This could turn out looking a lot different when it's done but now you've had a glimpse at the initial idea. Stay tuned.

Posted by Tracy Onoz at 4:56 AM No comments: 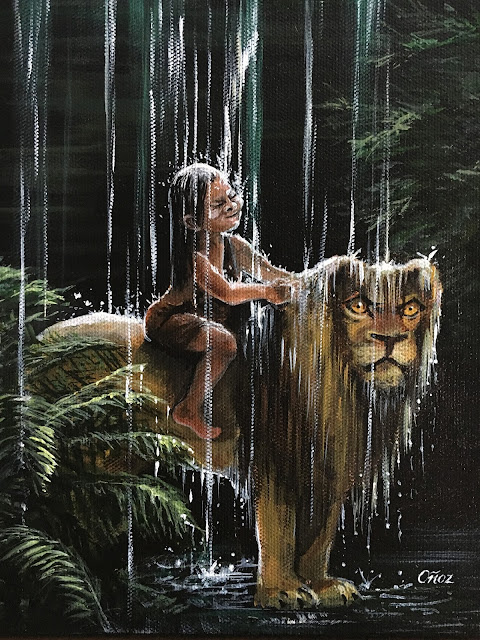 This began as a scribble in one of my sketchbooks - a child in a claw foot tub with way more of the lion present than just its feet. Here it is, innocent enough: 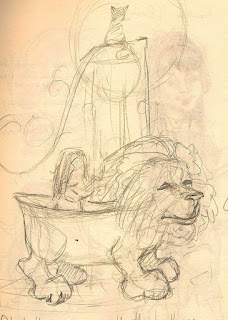 I worked on a better rendering and ended up with a disturbing image of a lion with a giant hole carved into his back so that a child could bathe there. Ugh! Who wants to see that? Maybe you did, so I apologize. It was digital and I tossed it into cyber trash. I ended up changing it to a WHOLE lion who simply allows a child, a cave-child, to bathe upon him. (Lions were much more docile thousands of years ago.)
Also, originally, the child's head was just tipped back with a look of bliss. That changed too. Six days ago I started, as I had done in 2012, to do a sketch-a-day. I am going to do a small sketch each morning while I have my coffee. I own a book full of nothing but facial expressions, so for the time being, I'm practicing from that. Here's the first 4 days: 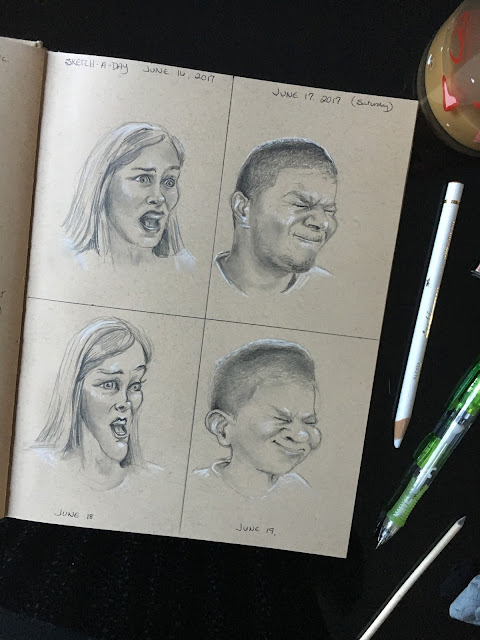 And there it was on June 19th! The expression I wanted on the kid taking his bath.  Isn't it awesome how things just fall into place once in a while? This is an idea that started to form about 5 years ago in my sketch-a-day book. I was participating in Illustration Friday and the word prompt for the week was EXPLORE.
In the image below, the top drawing is that first idea and the sketch underneath it is from my current sketchbook and was done just a couple of weeks ago: 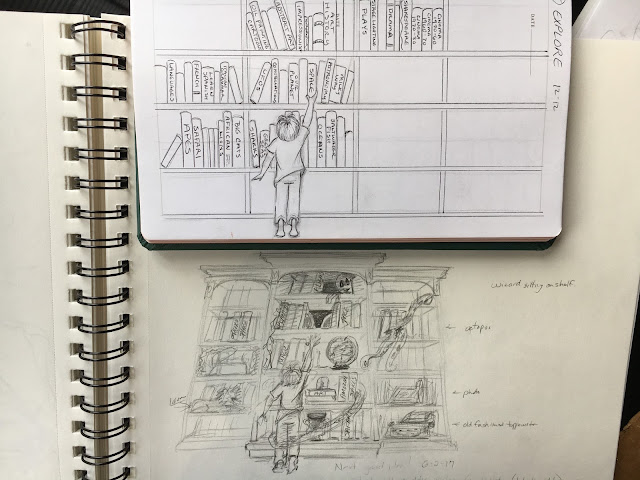 I then did a more finished drawing and scanned it into the computer to do a value study: 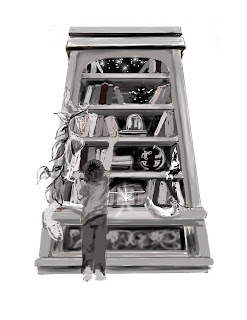 From there I did a watercolor: 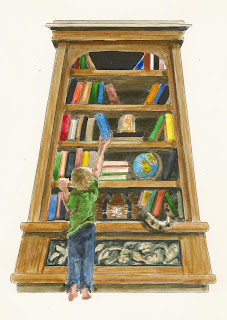 and then scanned this into the computer and did all the digital enhancements that you see at the top of the page.

The image at the top is really only half way there. I'd like to expand the bookcase to the 3 sections that you see in my sketchbook drawing and then do the whole thing as an oil painting. Could be a while so I don't want anyone out there holding their breath or anything. It's taken 5 years just to get this far! Have a great week! 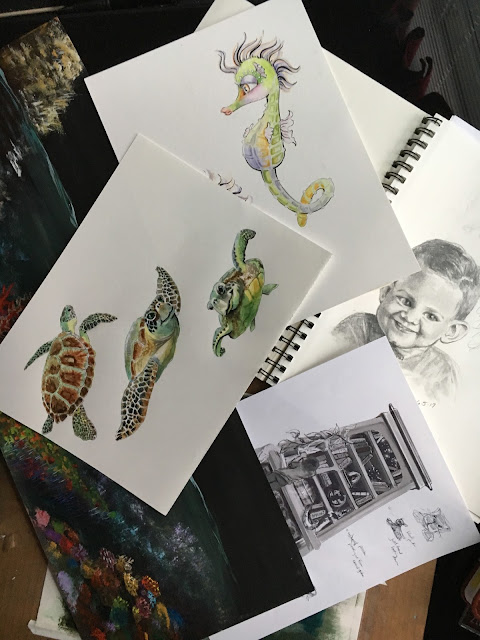 With the exception of the two weeks that coincided with my trip to Cuba, I have posted a blog every Wednesday. It was a resolution I set at the beginning of the year. Most of my resolutions fizzle around March so I have to say I'm pretty happy with myself. (If I were texting, I'd insert a smiley emoji here). Some of my posts were only at https://tracyonoz.com/ until I figured that it would be in my best interest to post the same blog in both places.
Yesterday I realized that, although I've been putting in the hours this last week, most of it has been in sketchbooks and working out ideas for future work. So, I piled some of the things I've been up to on my art table and took a photo. I'm painting backgrounds for my story "The First Pearl," I'm working on characters to insert into those backgrounds, I'm working on a new illustration idea (the bookshelf) and I did a caricature portrait of my nephew for his 26th birthday.
I should have something a little more fancy for you next week, so please check back with me. You can count on me to have something. Have a good week!
Posted by Tracy Onoz at 4:41 AM No comments: