Waldo at the Bistro 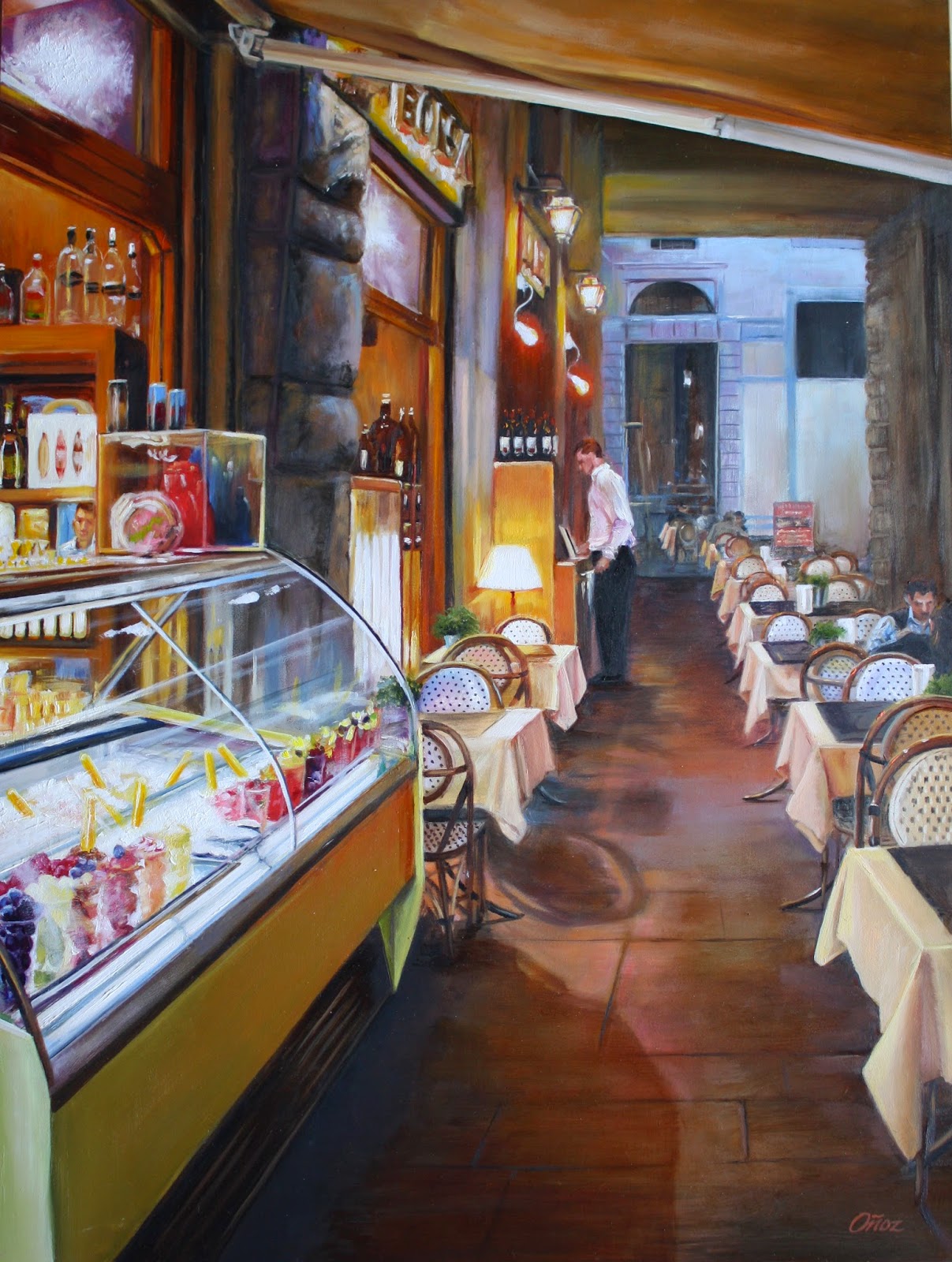 Waldo at the Bistro
My newest oil painting. 12 x 16 on gesso board.

I don't usually like the job of coming up with titles for my paintings, but this title came all of a sudden and naturally.
When we were in Italy for my step-daughter Ashley's wedding, I took dozens and dozens of photos to use as reference material. There were a few times that my son intentionally photo bombed my images (much to my amusement) and several times that he ended up in my photos just because he's so darn tall and hard to miss.  When I started looking closely at some of my photos I found him in several reflections on glass etc. (guess he was always close to Mom - isn't that sweet?)  I was nearly finished with this painting and working on tiny details when I finally saw him there in the photo. I originally thought it was a coffee can with Juan Valdez or someone like that, but it was a mirrored surface behind the glass display. There was his handsome face, positioned perfectly. I couldn't not paint him! 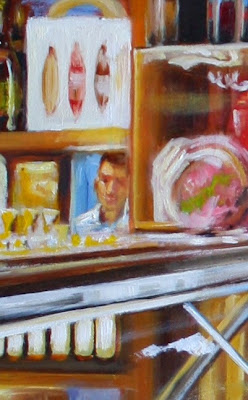 Below is a photo of him, many years ago with his grandparents, dressed as Waldo from the "Where's Waldo?" book series. See why the title was so easy?! 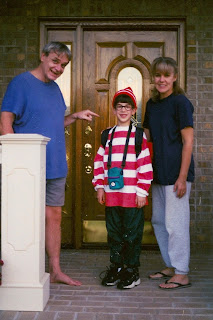 Posted by Tracy Onoz at 3:26 PM No comments: 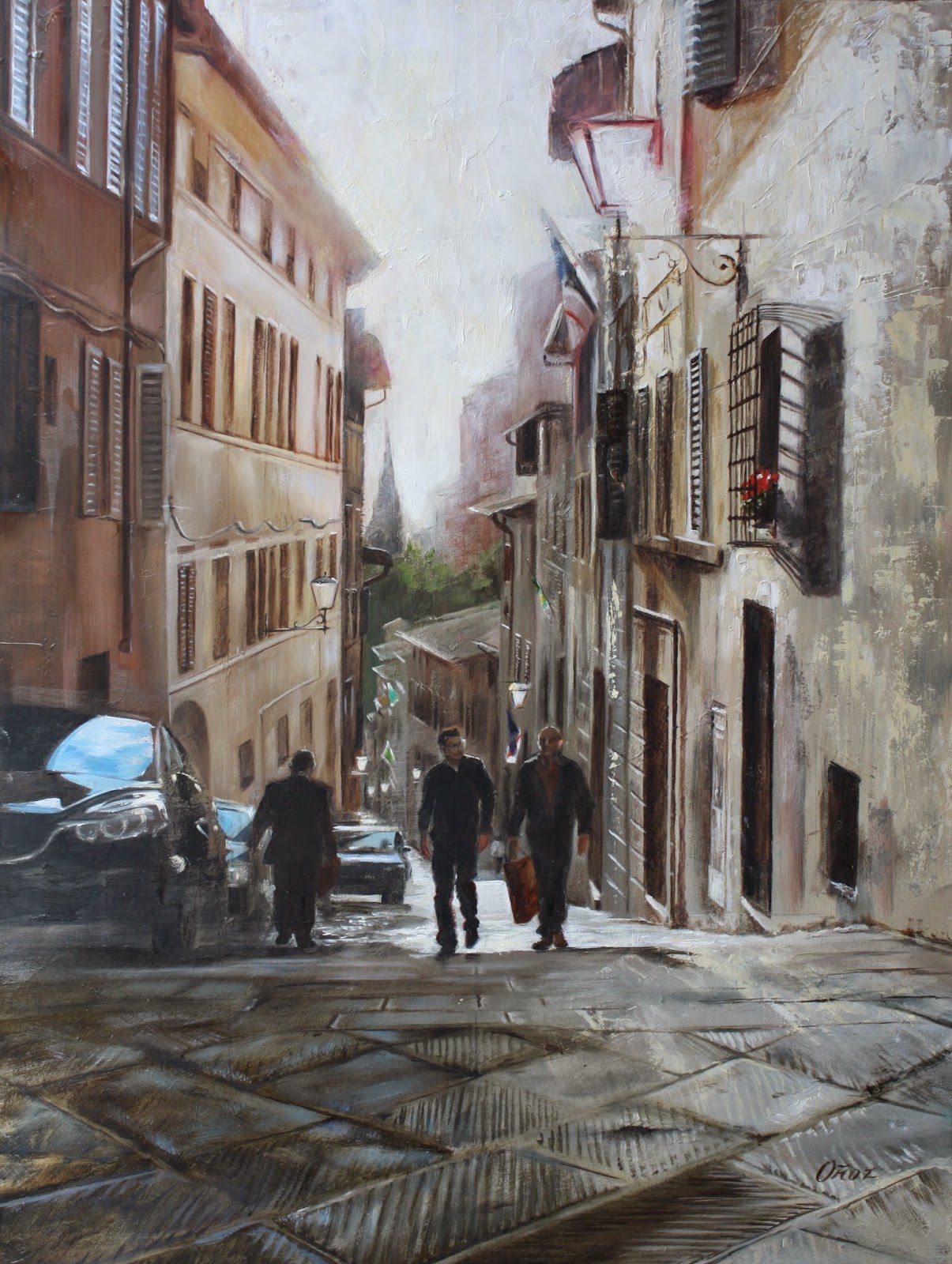 Sun Kissed Street in Siena
12 x 16 oil on gesso board
I am very pleased with the way this one turned out. I worked from a photo taken by my son. Funny, a few of us took the same shot but his photo just had these guys at the exact right moment with the exact right exposure.
I tried to be a little looser with my paint application and even used a palette knife in some areas.  My step-daughter, Ashley, helped me with the title. Titling pieces is my one of my least favorite parts.

Posted by Tracy Onoz at 2:51 PM No comments: 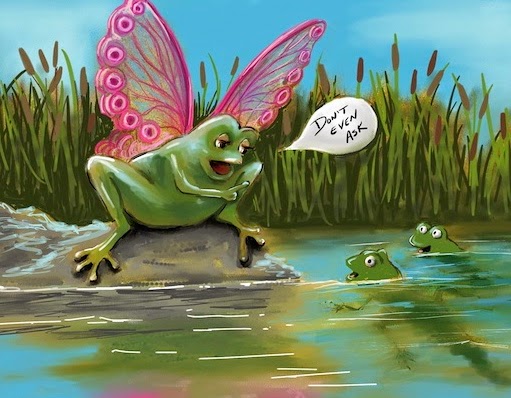 When I was brainstorming the idea for this one, I was doodling butterflies, dragonflies, frogs, cocoons, etc. and had the inspiration to mix them up a little.  This is a metamorphosis gone terribly wrong, or maybe beautifully wrong.  The original was a simple sketch in one of my sketchbooks that I wasn't going to take any further but it was so dull in color that I just wanted to digitally tweak it a bit.  I ended up tweaking a lot. 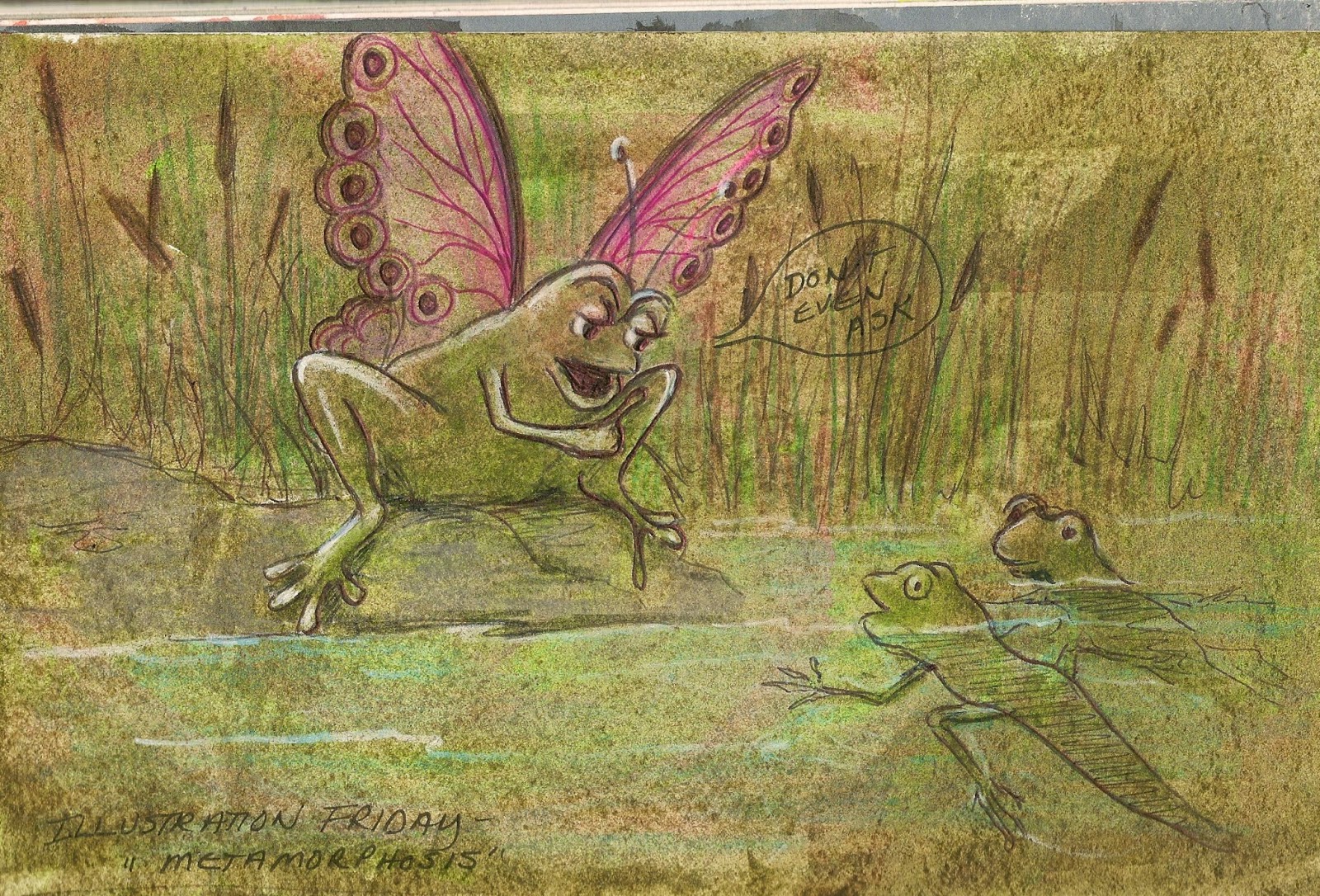